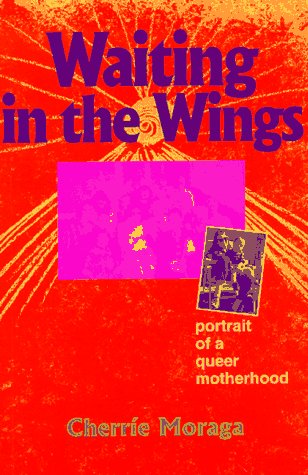 When October recurs and we compile another reading list on our traditional theme, I’m always amazed at the diversity of literature that the topic can encompass. Read on for the latest ideas from our editors and columnists.

Creative Nonfiction Co-Editor Susan Ito suggests a collection to which she contributed: “Desiring Motherhood is often about pregnancy or baby loss. The anthology Three Minus One was published as a companion to a very moving movie about stillbirth that starred Minnie Driver and was nominated for an Emmy award. As one of the contributors said, one hopes that this is a book that nobody ever wants to need to read, but it inevitably comes up. I bought a half dozen copies and I’ve been saddened but not surprised at how often women experience these losses and need to feel that they are not the only ones. Reading the heartfelt stories of other women who have been through such a loss can bring a unique kind of comfort.”

“Birthing the Mother Writer” Columnist Cassie Premo Steele shares, “One of the books that most affected me when I wanted to get pregnant fifteen years ago was Cherrie Moraga's Waiting in the Wings. Although it's a memoir by a lesbian woman, it moved me very deeply even as a happily married wife. I was touched by the way she describes family and the spiritual nature of motherhood, as well as the way birth and death live so close together when you become a mother.”

Caroline Grant, Editor-in-Chief emerita, has a truly unusual recommendation: “Amy Shearn’s two novels (The Mermaid of Brooklyn and How Far Is The Ocean From Here) both address the idea of desiring motherhood (or not), and so perhaps it’s no surprise that her new project does, too. In this case, the backstory will be almost as interesting to literary mamas as the publication itself. The Little Bastard was written by Shearn’s grandmother, Frances Schutze, but with four kids and a teaching job, Shutze couldn’t make publishing her work a priority. It was found in a trash bag after her death and eventually made its way to Shearn, who recognized the work's potential. The novella, which is set in a 1930s progressive St. Louis housing project, focuses particularly on one woman, Esther, who wants a baby so badly that she develops a phantom pregnancy while waiting to adopt. It’s a lively, engaging story about family life and local politics, and a surprising window into a time and place that feel very far away.”

“Four Worlds” Columnist Avery Fischer Udagawa writes, “A teen girl's desire for motherhood (one day) proves critical when her parents arrange her marriage to a man and her lover—also a teen girl—must decide whether to seek sex reassignment surgery (now!) in order to win her. The setting is Iran. An open homosexual relationship could lead to imprisonment or worse, and having a nontraditional family seems impossible. But where love is involved, could there be answers? Sara Farizan's If You Could Be Mine explores this question and more.”